The ungrateful car. Sigh. I often think I deserve more recognition for simply doing what I am supposed to do. I took this photo with a wide angle lens.

After admittedly far too long a time, I had my car washed inside and out. My RAV4’s response?

What did I expect, a parade?

Yes, in fact, a parade would be nice. Some experts think needing recognition is a sign of immaturity. They’re right, of course. But, at 75, immaturity sounds like a compliment.

I also paid my Real Estate taxes today before the car wash. It was a day before it was due. Nothing. No lollipop, no discount on taxes, nothing.

I give myself a daily injection for my weak bones. Every damn day. When the doctor said this was the only treatment left and what did I think, I said:

“Do you have a box of tarantulas in your closet? Bring them out and let me eat them. I would prefer to do that than give myself one injection never mind daily.”

I’ve been doing it for 13 months. Still, no champagne corks poppin’ anywhere, any day.

A small pick-up truck merged aggressively into my lane on RT. 1 this morning. It had a Trump sticker. I did not flip him the bird nor scream at him about his beloved’s immaturity.

My grand-nephew, at age 4, once asked me from the back seat,

“Do birds stop at red lights like you do, Pappy?”

I’m ending with that sweet story because I am still able to remember them despite this global lack of recognition. 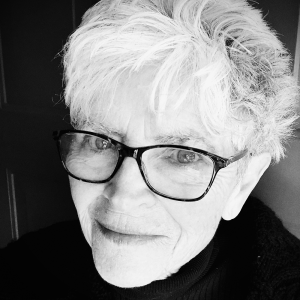 Listen to Pat’s Podcast: PODSNACKS/Art of the Diet Podcast

Creativity is the best health plan

Have to finish sewing it. But, sarcasm has been m

If you ordered a mask it is in the mail today. I p

The proof of spring yet a daily death toll. Focusi

At last, I don’t have to sew straight and it’s

I put my sewing machine cover over my tulips to pr

Cotton canvas ecodyed with a variety of summer lea

I deliberately bought something I usually don’t

The CDC recommends social distancing, a term I was

Art of the Diet® Monthly Podcast Listen to Pat’s Podcast “PODSNACKS/Art of the Diet”